My favourite city in the world

Do you have a favourite city? One that keeps drawing you back and you never get tired of exploring? Where you feel like you are coming home, once you enter the hustle and bustle?

For me, that is London.

The first time I went was in 2003 to visit my new boyfriend. We had met a few weeks before on Zanzibar and he had asked me to come visit. I guess at that time he wasn’t really my boyfriend yet, but let’s not get too technical here.

At the time I was studying in Hamburg, there were cheap Ryanair flights available, and so I spend a lot of my uni breaks, and most weekends in between, at his place. The great thing about getting to know a city under these sort of circumstances is that you have no rush of discovering everything. Because there is always next time. You can go to the places you like every time you’re there and find something new to like as well.

After we broke up (he got a great job opportunity in Australia, and no way would I try to keep him from going) I hurt for a while and didn’t want to go back to London. I was just too scared of all the memories and what they would do to my broken heart.

Where we are now

Luckily that phase didn’t last very long and so I went back with one of my girlfriends for a long weekend about a year later. And I haven’t stopped going back since. I go at least once I year, sometimes 3 or 4 times. Lately, even work sent me there a couple of times, lucky me!

Normally I get bored with places just as fast as I do with people (this might be one of the reasons I am single), but London never gets boring! Every time I go, I find something new. Be it museum, restaurant, area or activity. So if you are looking for things to do in London, read on, there are a few coming up.

When I went in March, I took the train to get there for the first time. It was actually much less exciting than I expected. I figured riding through the Eurotunnel for 15 minutes would be scary, but in reality I hardly even noticed. The best thing about going by train was arriving in the middle of the city, without the need of a pricey express train or an hour long tube ride.

Things to do in London

It was the first time I went to London with my aunt and uncle, who had been once before, a few years ago. They are much more culturally interested than anyone else I had ever visited London with. So there was much potential for new things to do.

We started off with the David Hockney exhibition at the Tate Britain, a museum I hadn’t been to before (why not, I have no idea). This was really cool, although before I went I don’t think I had ever heard of him. The exhibition rooms were showing the different phases and stages of his career, basically in chronological order. There was one painting of a pool with a red floating tyre in the first or second room that I really liked. The middle part was nice, but not quite my thing.

But the last room was totally different. Hockney started to „paint“ on his i-pad and the device, or the app, recorded every „brush stroke“. So you can replay the painting process over and over and over, and that is exactly what they did here. It was so interesting to see how he develops the picture. How he adds colours and shadows. And how much the painting actually changes in the process. It was amazing to see!

On Saturday we went to the Museum of London for their „Fire Fire“ exhibition. Also very interesting, but a little on the expensive side, considering we were done within one hour without having rushed. I like this museum a lot, they do know how to tell the story of the city.

Where to have your Tea

For Afternoon Tea (my second favourite English food after Sticky Toffee Pudding for desert, but that is another story) we went to the Ivy Café in Marylebone. I just love this part of town with all the little boutiques and cafés and bars on every corner. And the Ivy Café fits right in. I am not quite sure what style it actually is, Parisien or more Viennese? But I really like it.

We were really lucky to get a table without having a reservation, as it was very crowded. We ordered one Afternoon Tea and 2 Cream Teas, which came with 3 scones each! If we had known, we would have gone with one only and additional tea. Who can eat 3 scones? Well, and then go for dinner later. Not me!

How to see Westminster Abbey for free

Another thing I had not done before, was visiting Westminster Abbey. Someone had told me, you could get in for free if you attended the service or the choir performances. So on Sunday morning we headed for the church and got there in time for the main service. We are all pretty non-religious, although we had to spend some or most of our Sunday mornings in church when we were children.

So this threw us back in time, and not necessarily to a good place. Catholic services are not made for children, and the Anglican once are no different. So we basically suffered through more than an hour of singing and preaching, but I guess that is the price you pay for the chance to take a good look at the inside of one of the most famous churches in the world.

I mean, Kate and William got married here! Just joking, that is not why I went. Of course, there is much more to it than that. Still, I wouldn’t have wanted to spend 18 GBP to get inside.

Hopefully, I get to go again in July, for work this time. If anyone has any good tips on non-obvious things to do in London and places to eat, please share!

Have you been to London? Do you love it? Or hate it? What is your favourite city in the world? 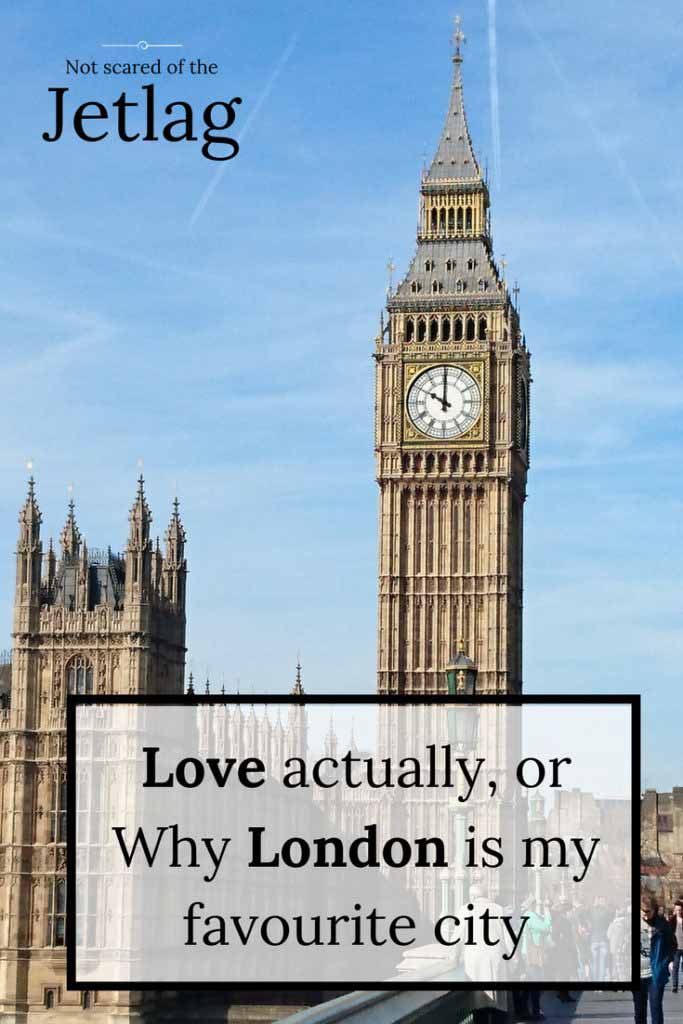